This is the remains of a thirteenth century church. Most of the church is completely missing – all that is left is the chancel. Apparently, the church was derelict in the 18th century and the nave, aisles and tower (assuming there was a tower) were all demolished. The chancel was restored (if that is the right word) in 1889.

The church is built from local limestone, which in north lincolnshire, means ironstone. This is rather brown and does not weather as well as the limestones to be found further south. The west of the church gives us some clues as to what the entire church was like. The chancel arch is mostly visible in the wall and on the extreme left and right of the west wall are piers from the aisle arcading so we know that there were both a north aisle and  a south aisle previously. 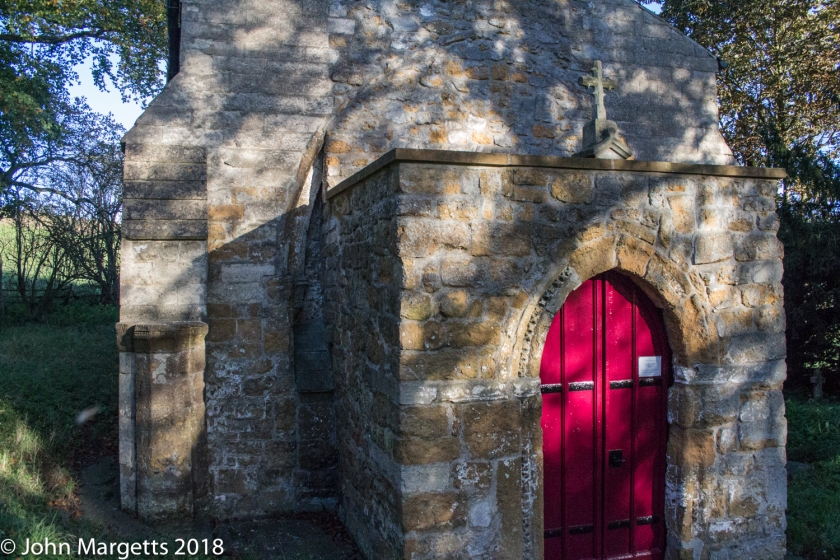 The square porch is from the 19th century restoration but reused stones from the original building. The arch over the door shows very weathered dog-tooth decoration, particularly on the left, which suggests a thirteenth century date for the original arch.

Inside, the chancel arch can be seen as well as on the outside. Here, the arch has been plastered and whitewashed so only the outline is visible. In the infill of the chancel arch are what appear to be two blocked-up doorways. As the arch would originally have been open to the nave, these two would appear to be conceits of the restorer (one Hodgson Fowler who seems to have specialised in restoring old churches). The headings of these two “blocked doorways” look to be reused from some other purpose. 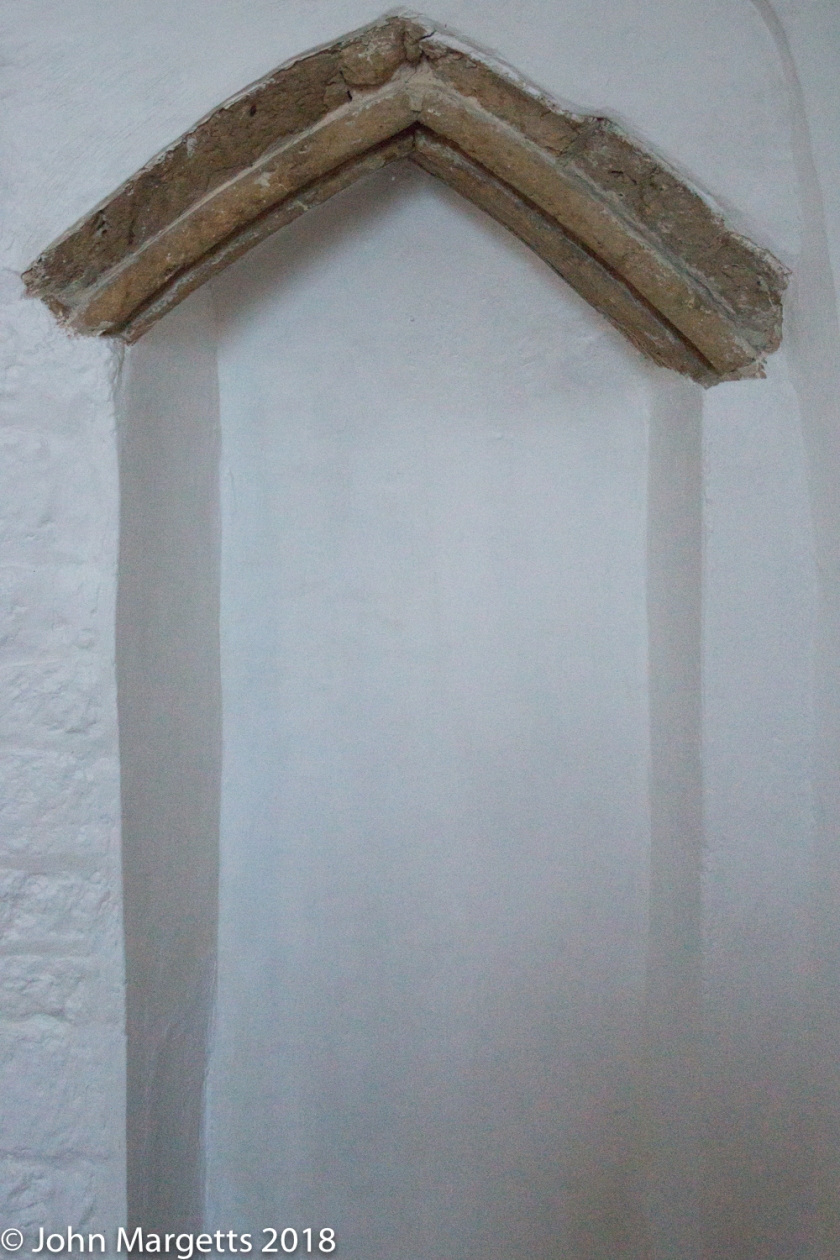 In the south west corner of the church is the font. I am told that this is fifteenth century work and came from Low Toynton church when that church was made redundant in the 1970s.

The south wall of the church has two English decorated windows and a blocked-up priest’s doorway. Under the east-most window there is a piscina.

The east wall has the largest window. To my untutored eye, this looks to be early Perpendicular and so not thirteenth century – but adding “modern” windows to an older church was rather common. The alter is wooden and fairly ornate. I assume that this dates from the nineteenth century restoration. 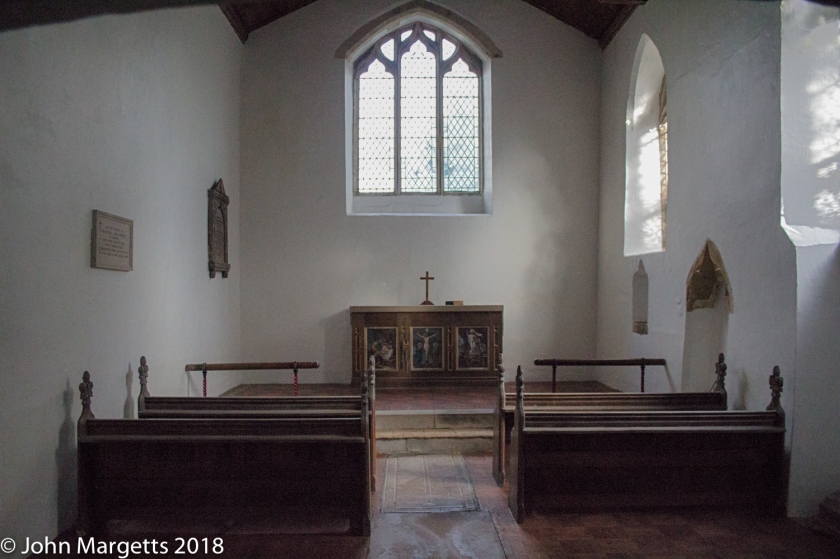 I am a keen photographer who also collects cameras. I am retired with about 45 years photography experience. View all posts by John Margetts

This site uses Akismet to reduce spam. Learn how your comment data is processed.

This blog is an occasional series of essays about the various churches in Lincolnshire that I visit. Most of them are redundant which means that they are still consecrated but not used for regular worship. Some are still very much in use.

I hope you enjoy reading about them as much as I enjoy visiting them.